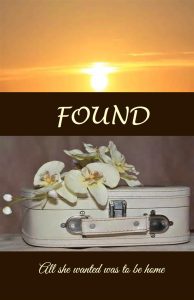 Follow Naomi’s journey as she faces her fears and discovers that home was never that far away.

Naomi stood at the edge of the road, staring at the house she grew up in. It was still the same, as was the rest of the town. She still knew everybody she passed by, well, almost everybody thankfully, because if she had to stop by one more time to tell someone where she had been all these years, she might just turn back and be gone for good this time. And no, she wasn’t really looking to catch up with everyone else this night. You’d think they’d know that. This town is still too small.

The Church was still the biggest building. It had done well for itself, withstanding times and seasons, floods, rains, and harsh winds. It didn’t look that different. In fact, it never really had, not for as long as she could remember. Almost strange, when you think of it sometimes, but then isn’t it to be expected? It is, after all, the house of God. Standing tall, almost like a conquering warrior in what could very well be the middle of the town, it’s steeple was high enough, it could be seen wherever you were, probably as a reminder that no one could ever be so far away, they couldn’t be seen by God. At least not in this town.

Naomi smiled, remembering the times she would curtsey as she passed by the Church. As I honour His house God would look on me with pity and help me. That notion must not have come from the Spirit of God because after all those years of curtseying, even and especially when she was in a hurry — so He’d see my commitment and take notice —she was still here, waiting for her chance to see the world and begin to really live. Why doesn’t God see I’ve outgrown this place? The notion was absolutely not from God. As the preacher would say, “there’s one sure way to know a false prophet. His prophecies never come to pass”.

Those days and this townmdid hold fond memories, but apparently not enough to make her body move from where it had been planted for what seemed like forever.

She ached all over, joints and bones trying too hard to register their displeasure at this long tiring journey she’d just subjected them to. Her stomach wouldn’t stop trying to let her know she still had one. Thankfully though, she could still see straight, even though it was with a bit of effort. But she couldn’t count on that to last too long. At this point in her life, at this very moment, right now, she knew what she wanted more than anything else. Food and a bed.

She dropped her travelling bag. The thing was heavy. It was in times like these that she was usually very close to being swayed by Freda’s argument. “No one carries bags like these anymore”, Freda had told her, “It’s pointless. There are options these days that make carrying your things about so much easier”.

Naomi shook her head, I’m too hungry and tired. And I shouldn’t be listening to Freda. If I wasn’t a Christian, I’d say she’s crazy. Like, that girl has just gone and lost her own mind.

Another blast of cold breeze reminded her where she was. Shivering, she picked up the bag again and hesitated. She took a deep breath, exhaled, and admonished herself. You’re going home Omi, it can’t be that bad. She approached the house. Her mother’s garden looked really nice. She hadn’t really cared much for flowers and vegetables because there had to be more to life than weeding, and planting, and watering, and harvesting, and especially admiring the bloom. The world was out there waiting to be discovered. Why couldn’t anyone else see from this point of view she’s discovered! But even if she’d never say it to anyone else, lest they’d think she was finally coming to her senses, her mother’s garden always did look nice. As nice as it looked though, it didn’t do much to reassure her. Nothing had helped so far, not even the burnt bricks and stone walls she had always loved. Or the trees that seemed to surround the house like watchmen you could always count on to deliver, even if it was just fruits in their seasons.

Why am I so afraid?

Sincerely, MotherEight short stories to encourage and remind you that you are not alone. As long as you are doing the best you can, you are doing alright, mama.

Freedom?Freedom beckoned, and anything was better than this death she was living. But what would Rebecca choose?

FoundSeeing beyond your fears is not always the easiest thing to do. This short story follows Naomi as she faces her fears and discovers that home was never that far away.
Scroll back to top